Does fabric come from animals or plants?

Fabrics have played a vital role in the lives of human beings for centuries. From clothing to bedsheets to our curtains, there is no doubt that fabrics have made a significant impact in our daily lives. Yet, apart from being just worn and used as a decorative piece in our homes, it is also making a significant impact on how people feel and can reminisce something through the touch of a certain fabric.

It may remind someone of love, laughter, and those moments of happiness one has ever experienced. 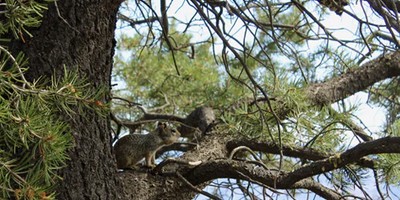 Thus, fabrics have also become an avenue of comfort for us, we love and breath fabrics at Yorkshire Fabric Shop. Yet, we may have wondered how they are made and where do they come from? Before manufactured to become fabrics, raw materials from plant and animals are produced.

ABACA
Abaca fibre comes from the leave sheaths of abaca, a plant relative to a banana. Abaca is widely grown in the Philippines as well as countries with tropical climates. Harvesting abaca is somehow labour extensive, and each must be cut into strips to produce the fibres. It is then washed and dried to be manufactured as cloth.

It is increasingly being used for household textiles and even upholstery. Abaca fibres are considered to be one of the most potent natural plant fibres. It is resistant to saltwater and does not lose well when wet. It is flexible, durable, and self-extinguishing.

COTTON
Cotton fibres are lightweight. These fibres are described to be soft, cool, and breathable much more absorbent. It is also known as a staple textile for most kinds of clothes. It is significantly prominent in houses; be it cotton balls to towels, cotton has played a considerable part in the production and manufacturing of fabrics, most especially with clothes.

Cotton fibres have the characteristic of being comfortable and great for heat conduction. This is why cotton-based garments are worn almost everywhere by individuals who live in cold regions. A comfortable piece of fabric, and great for bedrooms too! However, because of its softness and its certainty to fade and wrinkle, it is mostly paired with other cotton fibres such as nylon, wool and polyester to achieve its durability.

COIR
Coconuts! Coir comes from coconuts. Yes, you read it right. Yet, there are two types of coir. The white coloured coir comes from the green and freshly grown coconuts. The other coir is the brown one which comes from mature coconut husks. The white variety of the coir fibre is more flexible but less resistant than the brown type. Due to its stiffness and durability, coir fibre is mainly used to produce ropes, carpets, and great for mats too. 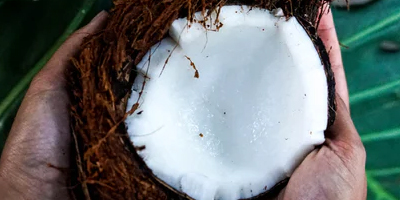 To remind also that this type of fibre is not essentially used for clothing, you might get uncomfortable doing so. Who would've thought coconuts can still be used for something after making your Pina Colada?

HEMP
Just like abaca fibres, hemp is durable and is three times stronger than cotton. Because of its durability, it is mostly stiff and not as soft as other types of fibres. Yet, hemp fibre is a very sustainable and efficient fibre variety. It has the resistance for UV light and also possesses anti-microbial factors. It is even said to be resistant to mould and being rotten.

Unfortunately, hemp is not popularly used to make fabrics anymore compared before. Because it is a relative of a drug for its chemical composition, it is now strictly regulated and less likely to be used for fabric production.

Moreover, it is more expensive than other mainstream fibres like cotton. As long as there's still a stigma upon using hemp fibres, it is deemed costly to produce anything from it.

LINEN
Linen is cultivated mainly from flax fibres. It has been used for centuries and is considered to be one of the strongest fibres out there. For thousands of years, it's one of the primary raw material to be grown, woven, and manufactured to produce clothing and textiles.

Linen has been used because of its mechanical resistance and little elasticity. Yet, it gets wrinkled fast because it easily releases water when wet. Linen fibres can withstand being overused and does not quickly lose its colour. Thus, it has been used around homes since the beginning of its discovery. It was even used to wrap mummies during the ancient Egyptian civilization!

RAMIE
Ramie is a fibre closely looking like that of silk and is close to linen when it comes to absorption and density. Yet, its elasticity is not much but happens to dye more easily. It is used and mixed with other fibres to be able to promote the quality of the other fibres. In most cases, let's take for example, cotton: ramie is added to make it more durable, and in wool, to reduce shrinking.

All in all, ramie fibres are used to support and make more quality to other fibres made to fabric.

ALPACA
Just from the name itself, this type of fibre comes from the Alpaca, a relative of Llama. It is considered to be one of the most expensive types of fibres in the world, as these animals can be found only in select places like Bolivia and Peru. Alpaca fibres are commonly used to produce coats, sweaters, and even socks. 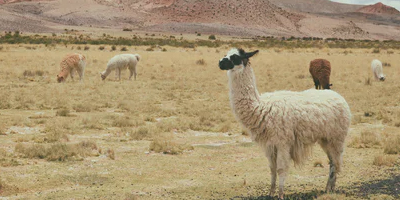 In most cases, the Alpaca fibre is most known to fashion designers because of its quality. The Alpaca fibre is best described to be warm, soft, and strong compared to sheep wool. It's incredibly known for its comfort and durability, especially to people who live in cold climates. Designers choice award, we must say.

CASHMERE
In the Himalayas, Kashmir goats are very native. However, they cannot be seen anywhere and can be exclusively seen in the Himalayas only. With this, cashmere can be very expensive and produced exclusively, and it's not for people who would want to pay less for their sweaters. Cashmere fibres are soft, durable, and warm.

Yet, cashmere fibres are subject to abrasion and pilling, and can quickly wear off. If you're in a budget, you'll have second thoughts buying a true cashmere.

SHEEP WOOL
Similar to other animal-based fibres, sheep wool can have a limited supply. Apart from it, it has exceptional qualities that have later on made it the most widely used animal fibre both in fashion and the textile industry. Wool is also soft, elastic and is curly in appearance.

Moreover, it is regarded as warm and also comfortable to wear, because it exhausts heatless. Also perfect for the cold weather!

SILK
The shimmering effect, when exposed to light, makes silk far less similar than other types of fibres. It has a soft feel while maintaining its elegant appearance a factor as to why designers also consider it on top of their lists of the best fabrics. As weird as it sounds, silk cannot be found from the fleece; rather, it is mostly produced by larvae and worms, which also feeds on mulberry trees. These insects then excrete cotton-like produce, that is later on harvested and manufactured to become silk fabrics. Elegance amidst the ick! So, what would you prefer?

We hope we have discussed fully where your fabric comes from and at the Yorkshire Fabric Shop you can readily buy your upholstery and curtain fabrics.